Name: Skunk
Size: Skunk species vary in size from about 15.6 to 37 inches (40 to 70 cm) and in weight from about 1.1 pounds (0.5 kg) (the spotted skunks) to 18 pounds (8.2 kg) (the hog-nosed skunks). They have a moderately elongated body with relatively short, well-muscled legs, and long front claws for digging.
Food: Skunks are omnivorous, eating both plant and animal material and changing their diet as the seasons change. They eat insects and larvae, earthworms,small rodents, lizards, salamanders, frogs, snakes, birds, moles, and eggs. They also commonly eat berries, roots, leaves, grasses, fungi, and nuts. Skunks also seek human garbage, acting as scavengers, eating bird and rodent carcasses left by cats or other animals. Pet owners, particularly those of cats, may experience a skunk finding its way into a garage or basement where pet food is kept. Skunks commonly dig holes in lawns in search of grubs and worms.
Habitat: During the day they shelter in burrows that they dig with their powerful front claws, or in other man-made or natural hollows as the opportunity arises. Both genders occupy overlapping home ranges through the greater part of the year; typically 2 to 4 square kilometres (0.77 to 1.5 sq mi) for females, up to 20 square kilometres (7.7 sq mi) for males.
Behavior: Skunks are crepuscular, (nocturnal) and are solitary animals when not breeding, though in the colder parts of their range they may gather in communal dens for warmth. Skunks are one of the primary predators of the honeybee, relying on their thick fur to protect them from stings. The skunk scratches at the front of the beehive and eats the guard bees that come out to investigate. Mother skunks are known to teach this to their young. Although they have excellent senses of smell and hearing—vital attributes in a crepuscular omnivore—they have poor vision. They cannot see objects more than about 3 metres (10 ft) away with any clarity, which makes them vulnerable to road traffic. Roughly half of all skunk deaths are caused by humans, as roadkill. They are short-lived animals: fewer than 10% survive for longer than three years. Skunks have two glands, one on either side of the anus, that produce a mixture of sulfur-containing chemicals (methyl and butyl thiols (mercaptans)) that have a highly offensive smell that has been described as a combination of the odors of rotten eggs, garlic and burnt rubber. The odor of the fluid is strong enough to ward off bears and other potential attackers, and can be difficult to remove from clothing. Muscles located next to the scent glands allow them to spray with high accuracy as far as 2 to 5 meters (7 to 15 ft). The smell aside, the spray can cause irritation and even temporary blindness, and is sufficiently powerful to be detected by even an insensitive human nose anywhere up to a mile downwind. Their chemical defense, though unusual, is effective. 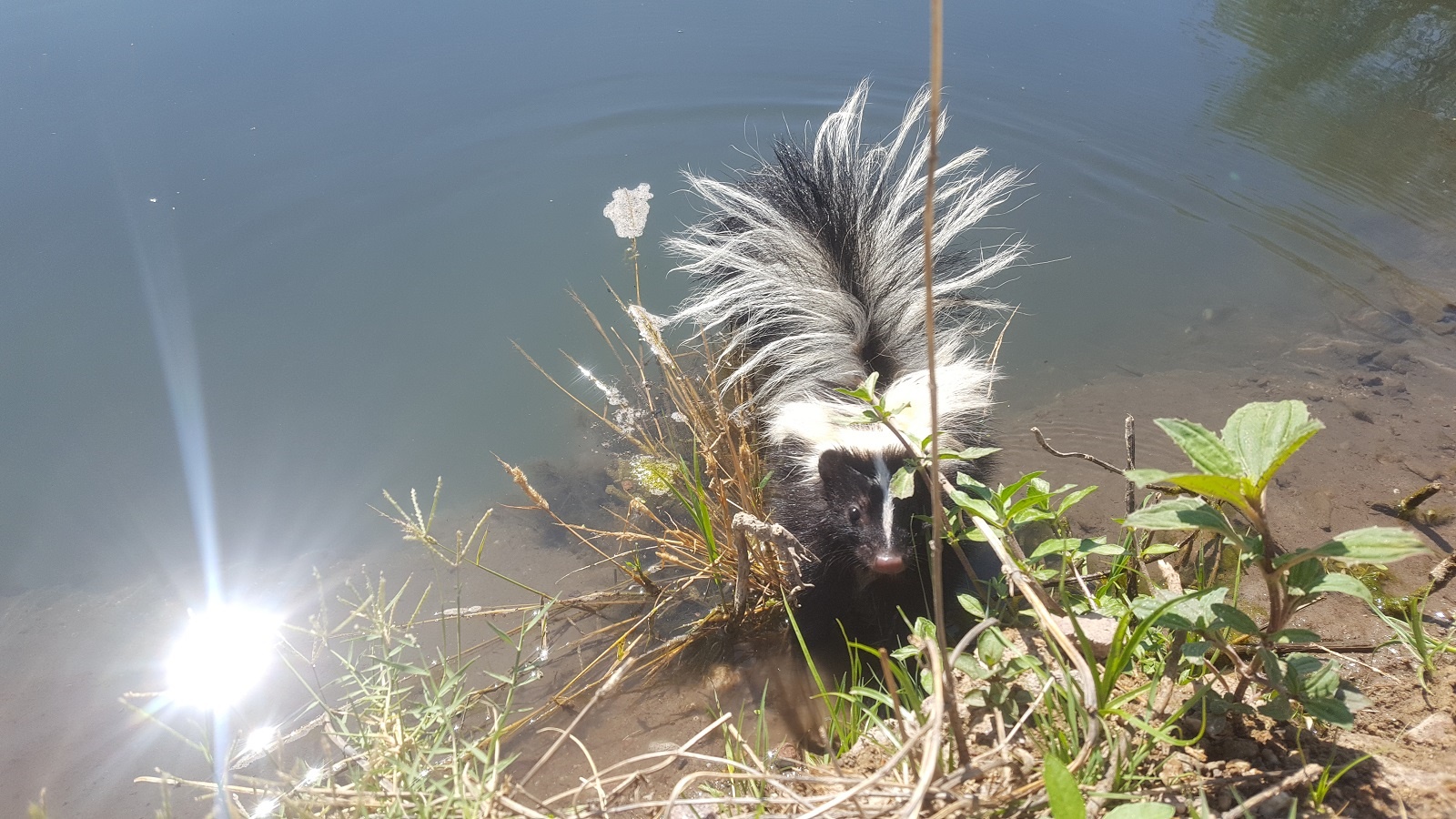 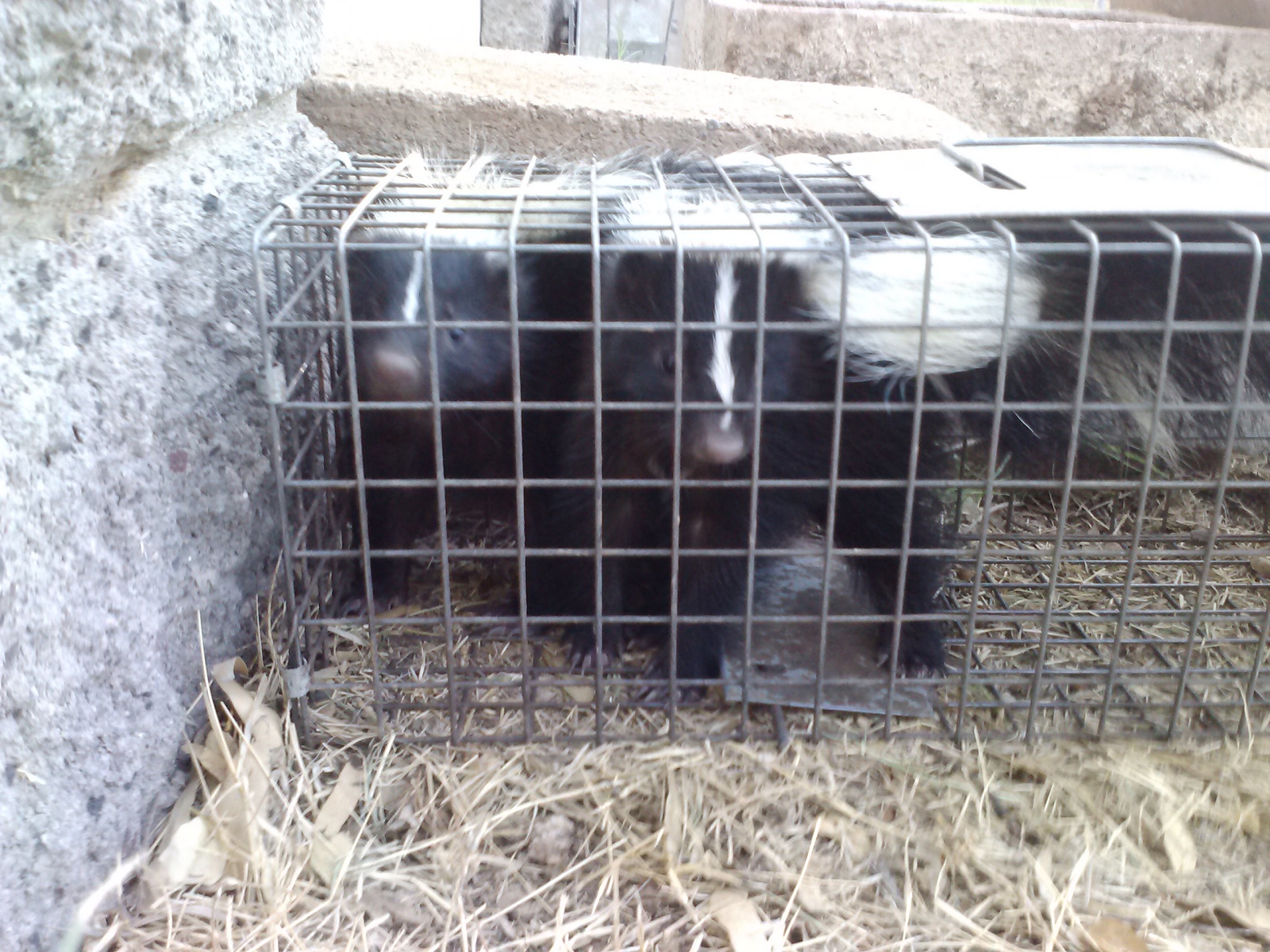 Some Links to information about skunks: 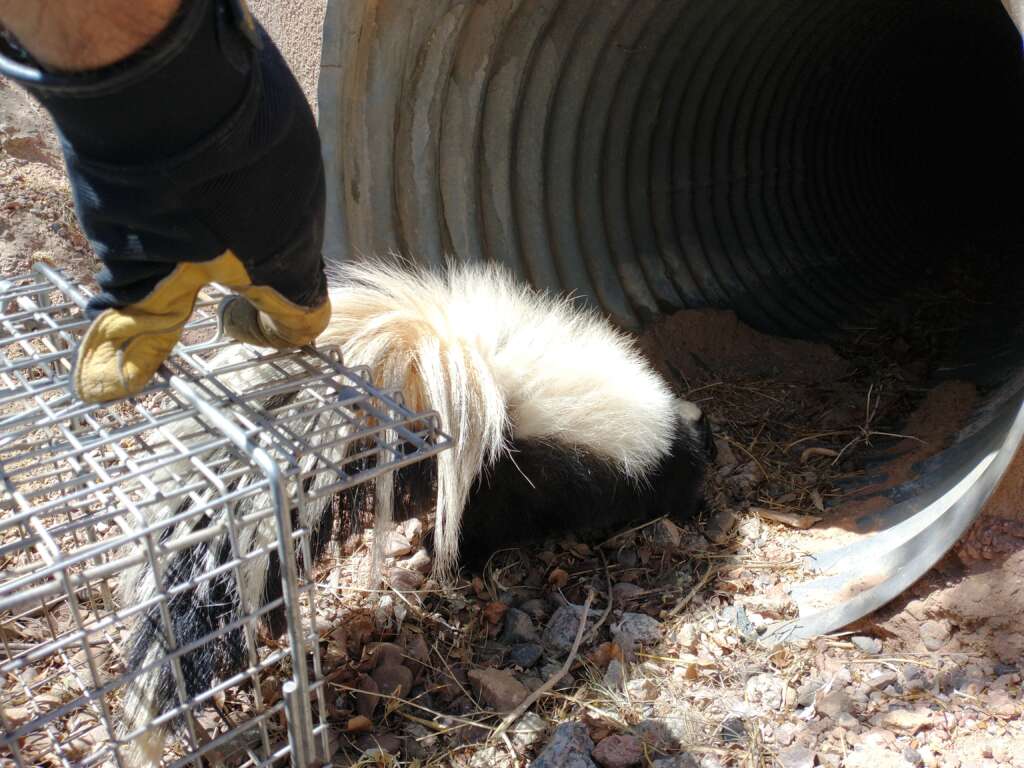