Different species of rattlesnake vary significantly in size, territory, markings, and temperament. There are approximately thirty species of rattlesnake, with numerous subspecies. They can live and hide under or near fallen logs or boulders, near rocky outcroppings and ledges. However, snakes will occasionally sun themselves in the middle of a trail, so such areas are not the only places where they are encountered. When encountering a rattlesnake on a trail, you are advised to keep your distance and allow the snake room to retreat.

Rattlesnakes are a group of venomous snakes, commonly known as pit vipers. Rattlesnakes consume mice, rats, small birds and other small animals. They subdue their prey quickly with a venomous bite as opposed to constricting. The venom will immediately stun or kill typical prey. Rattlesnake venom can kill in 20 seconds, but a rattlesnake will follow prey that does not quickly succumb to the venom and attempts to escape. Rattlers are known to strike at distances up to two-thirds their body length.

Name: Western Diamondback
Size: Adults commonly grow to 120 cm (4 ft) in length. Specimens over 150 cm (5 ft) are infrequently encountered, while those over 180 cm (6 ft) are very rare.The color pattern generally consists of a dusty looking gray-brown ground color, but it may also be pinkish brown, brick red, yellowish, pinkish or chalky white.The tail has 2-8 (usually 4-6) black bands separated by interspaces that are ash white or pale gray.
Habitat: Found in the United States from central Arkansas and southeastern California. Found in areas ranging from flat coastal plains to steep rocky canyons and hillsides. It is associated with many different vegetation types, including desert, sandy creosote areas, mesquite grassland, desertscrub, and pine-oak forests. Towards the southern edge of its range, this species may be found in thornforest and tropical deciduous forest.Most rattlesnakes mate in the spring. All species give live birth, rather than laying eggs. The young are self-sufficient from birth. As they do not need their mother after birth, the mother does not remain with her young.
Danger: Yes, Although the venom of the diamondback isn’t particularly toxic, the size of the snake allows a larger capacity of venom which is released from its two prominent fangs. It’s not uncommon that only one bite mark from one fang is visible after a strike. Fangs can break or bend, or the bite area may be small, causing a miss. All pit vipers have the ability to control the flow of venom through their fangs, allowing the diamondback to release most of its venom in a single strike (though often a pit viper will not release any of its venom). Life expectancy is more than twenty years, but is typically shorter because of hunting and human expansion. Solitary outside of mating season, they are one of the more aggressive rattlesnake species found in North America because they rarely back away from confrontation. When threatened they usually coil and rattle to warn aggressors. There is suspicion that rattlesnakes living around human population centers do not rattle as often because it leads to the snake’s discovery and consequent destruction. However, there is little available evidence of this hypothesis.In the winter, they hibernate or brumate in caves or burrows sometimes with many other species of snakes. They are poor climbers. Usually inactive between late October and early March, although occasionally they may be seen sunning themselves on warm winter days. 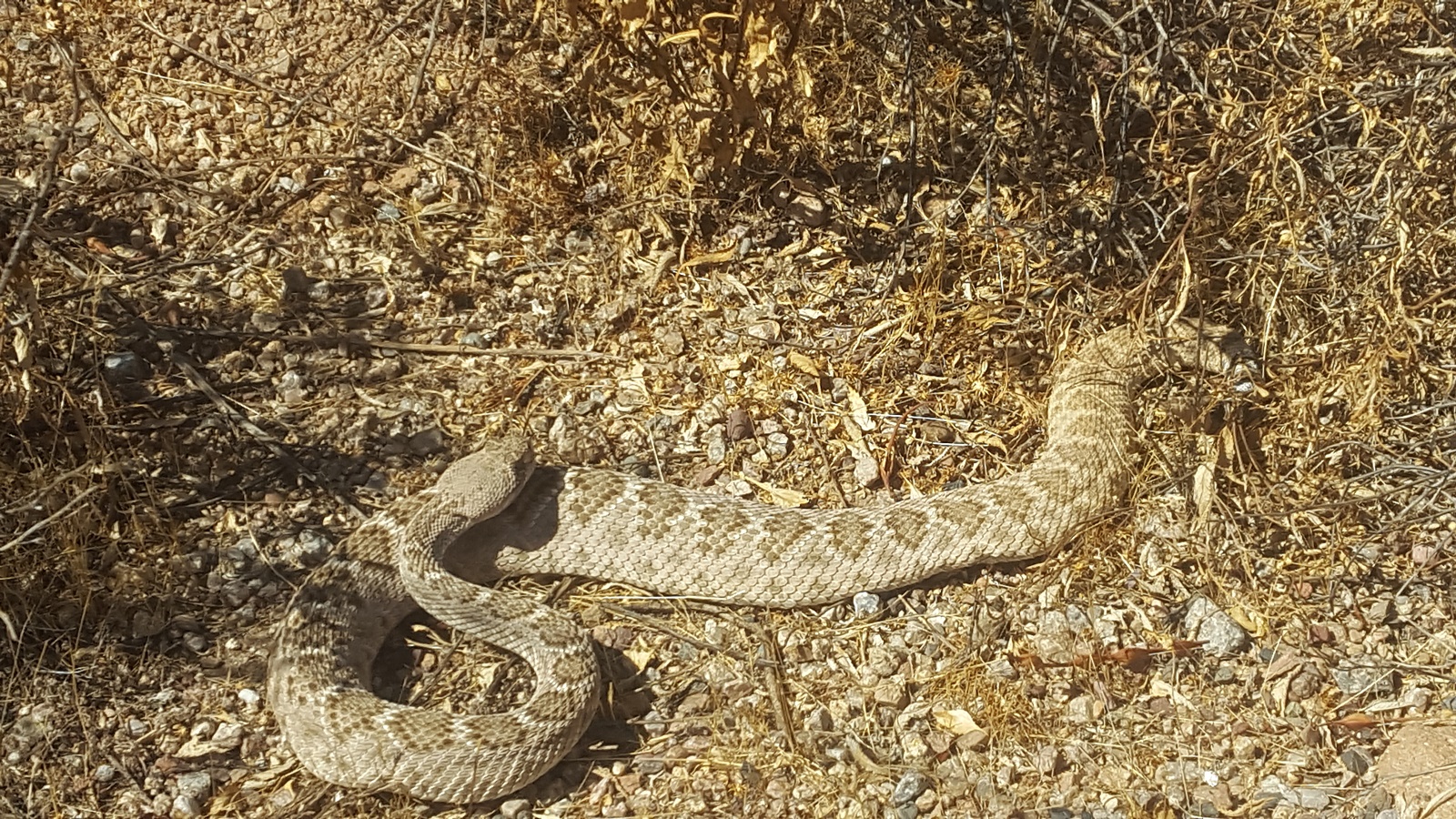 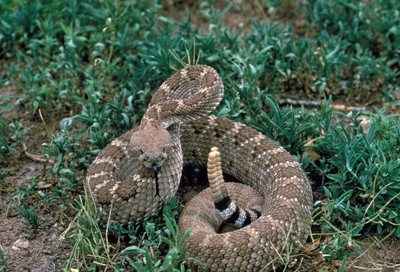 Name: Mohave Rattlesnake or Mohave Green
Size: This species grows to an average of less than 100 cm in length, with a maximum of 137.3 cm.
Habitat: Found in the southwestern United States in southern California, southern Nevada, extreme southwestern Utah, most of Arizona, southern New Mexico and western Texas. Primarily a snake of high desert or lower mountain slopes, they are often found near scrub brush such as mesquite and creosote, but may also reside in lowland areas of sparse vegetation, among cacti, Joshua tree forests, or grassy plains. They tend to avoid densely vegetated and rocky areas, preferring open arid habitats.
Danger: Oh yeah, You bet!!! Rattlesnake venoms are complex cocktails of enzymes and other proteins that vary greatly in composition and effects. This species. C. scutulatus is widely regarded as producing one of the most toxic snake venoms in the New World.

Some Links to information about Rattlesnakes: