Name: Flies
Description: Flies can be found almost anywhere, The presence of a single pair of wings distinguishes true flies from other insects with “fly” in their name, such as mayflies, dragonflies, damselflies, stoneflies, whiteflies, fireflies, alderflies, dobsonflies, snakeflies, sawflies, caddisflies, butterflies or scorpionflies. It is one of the major insect orders both in terms of ecological and human (medical and economic) importance.Flies consume only liquid food, and their mouthparts and digestive tract show various modifications for this diet. The most apparently primitive flies have piercing blade-like mandibles and fleshy palps, but these have become adapted into numerous different forms in different groups. These include both the fine stilleto-like sucking mouthparts of mosquitos, and the fleshy proboscis of houseflies. The gut typically includes large diverticulae, allowing the insect to store large quantities of liquid after a meal.
Behavior: The female lays her eggs as close to the food source as possible, and development is generally rapid, allowing the larva to consume as much food as possible in a short period of time before transforming into the adult. In extreme cases, the eggs hatch immediately after being laid, while a few flies are ovoviviparous, with the larva hatching inside the mother.Larval flies, or maggots, have no true legs, and often little demarcation between the thorax and abdomen; in the more derived species, even the head is not clearly distinguishable from the rest of the body. In some species, there are small prolegs on some segments, but maggots are more commonly entirely limbless. Some types of maggots found on corpses can be of great use to forensic scientists. By their stage of development, these maggots can be used to give an indication of the time elapsed since death, as well as the place the organism died. Maggot species can be identified using their DNA. The size of the house fly maggot is 10–20 mm (⅜–¾ in). At the height of the summer season, a generation of flies (egg to adult) may be produced in 12–14 days. It is important to note that the lack of maggot presence is also telling in an investigation. Some other families of Insecta, such as Histeridae, feed on maggots. Thus, the lack of maggots would increase the estimated time of death. Other types of maggots are bred commercially, as a popular bait in angling, and a food for carnivorous pets such as reptiles or birds. Maggots have been used in medicine to clean out necrotic wounds , and in food production, particularly of cheeses (casu marzu). 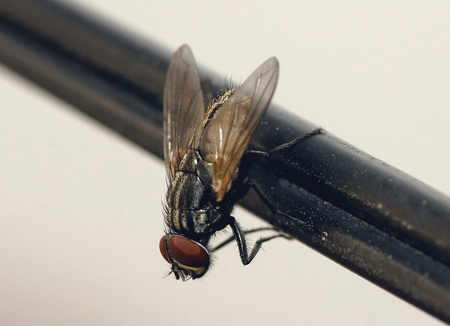 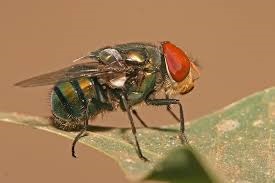 Some Links to information about Flies: