Bites from some the spiders listed below, especially the Western black widow can result in severe reactions, especially in young children, the elderly and those that are allergic to their venom. They generally only bite humans in defense. 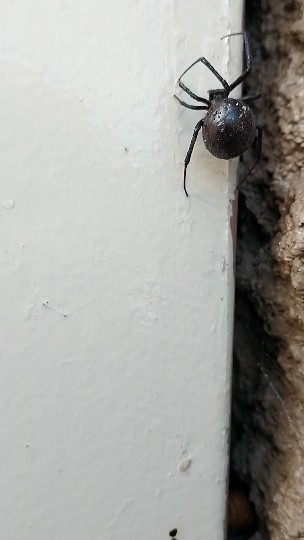 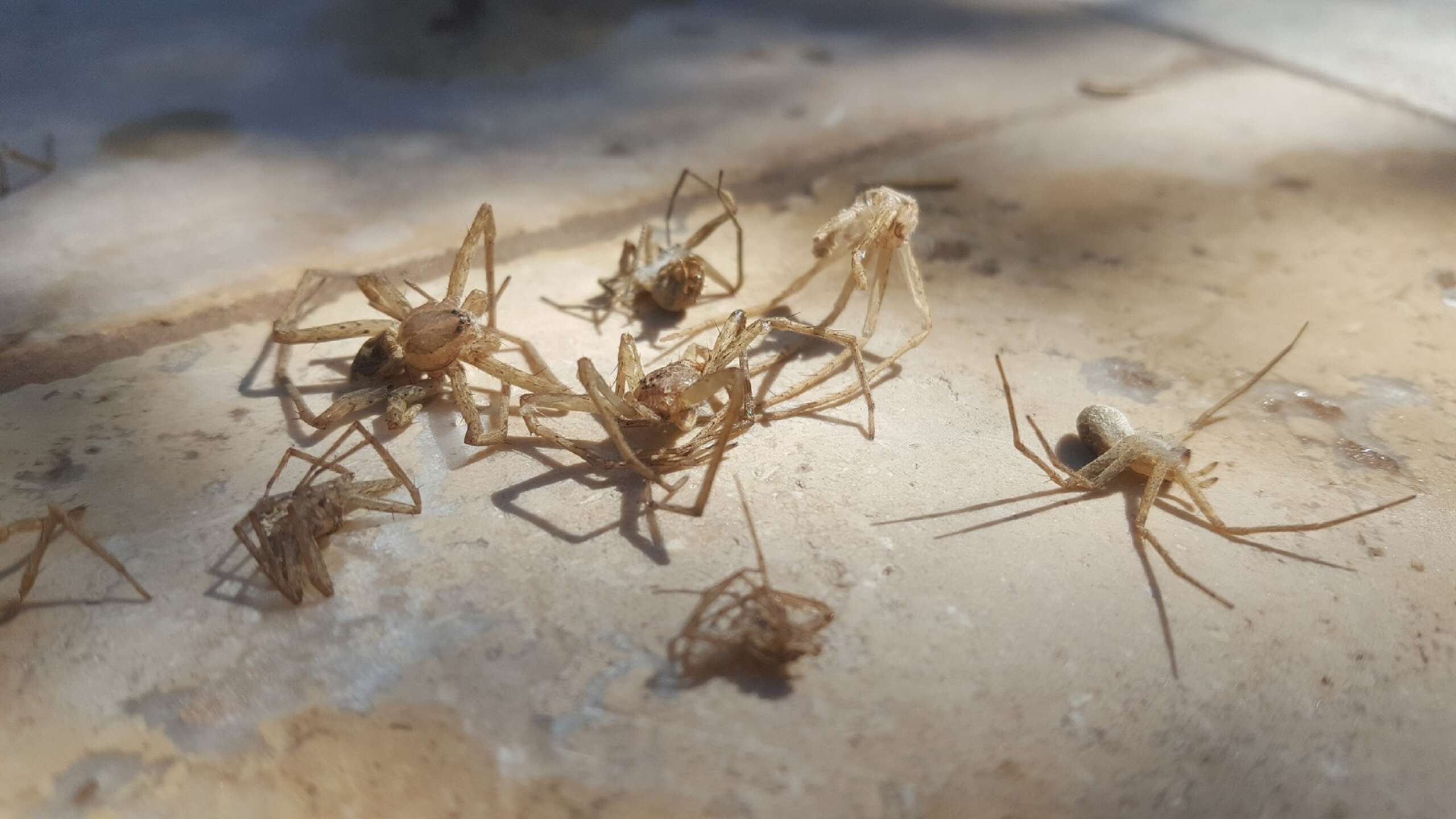 Name: Western Black Widow
Size: Female body size is 1/2 inch, 1 1/2 inches including legs.
Habitat: Black widows are rarely found inside houses although before the advent of indoor plumbing outhouses were a favorite habitat (AZ Coop. Ext.). They like undisturbed areas such as sheds, garages, under parked cars, inside flower pots and around cacti.
Food: They spin irregular webs, as seen in the photo above, to trap insects.
Danger: While they generally only bite people to defend themselves, black widow venom is a very potent neurotoxin. Bites can be mild, but if enough venom is injected severe muscle pain and cramping can occur. There is an antivenom available so seek medical attention as soon as possible after being bitten. It is important to keep an eye out for this spider and it’s irregular web when working outside.
Other: The Western black widow is very common in Arizona. The female black widow is easy to identify. It has a very shiny black body with red markings in the shape of an hourglass under its abdomen. Males brown and also have red markings on top of their abdomen in addition to the red hourglass underneath (Bug Guide). They are about half of the size of a female.

Name: Arizona and Desert Recluse are the most common of the 5 recluse species in Arizona.
Size: Body size is around 1/3 an inch or 1 inch including the legs.
Habitat: Recluse spiders build an irregular web, often in piles of wood, sheds, closets, cardboard boxes or any other dry undisturbed area. Arizona species do not rely on humans for habitat as much as the Brown recluse (AZ Cooperative Extension).
Food: Recluses go out at night and search for insects. They are ambush predators and do not use their web to catch prey.
Danger: The bites of these two spiders are milder than the Brown recluse (not native to Arizona), whose bite can result in severe wounds resulting in tissue loss and rarely death. Tissue loss has only rarely been associated with Arizona and desert recluse spiders (E-Medicine Health). Because there is a possibility of a severe reaction to the bite of one of these spiders, it is important to keep an eye out for and avoid these spiders when cleaning up areas that have been undisturbed both inside and outside your house.
Other: The above photos are of the Brown Recluse spider, which does not occur Arizona, but similar in appearance to the Arizona species. A well known way to identify them is the violin shaped dark marking on their body, which can be seen in the photo above, but this marking is not always easy to detect. The most reliable way to identify them is that they have six pairs of eyes that occur in a unique position, instead of 8 like most other spiders.

Name: Wolf Spider.
Size: Body size is around 1 inch.
Habitat: These spiders can be found in burrows in upland habitats in Arizona.
Food: They are predators that hunt at night.
Danger: Wolf spiders will bite you if disturbed, but they tend to avoid humans. Their bite is generally mild and harmless to humans.
Other: Wolf spider females carry their eggs underneath their abdomen in an egg sac. After the eggs hatch the young crawl up onto her back and live there until they are ready to support themselves.

Some Links to information about these spiders: